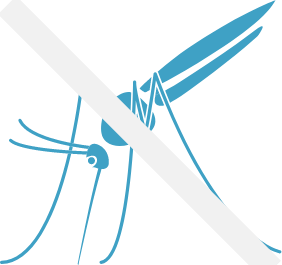 What is Malaria and what are its types?

Malaria is a serious disease that can cause death in adults and children. It is caused by a parasite that lodges inside the blood cells (red blood cells) and destroys them.

There are some countries where the risk of infection is higher, such is the case of the tropics and subtropics. These areas are called endemic.

The disease can be caused by several types of parasites:

Plasmodium falciparum is the one that causes the most severe infections and has the greatest resistance to drugs, which aggravates the condition. The other three types tend to have milder and more controllable symptoms.

How is Malaria transmitted?

Transmission of the parasite takes place through a vector, mosquitoes. There are several species that can contain and transmit this microorganism to humans.

Although mosquitoes are the main source of infection, it has also been shown that:

A sick pregnant woman can pass the parasite to her baby. There is also the possibility of transmission through blood transfusions. Or by reusing injector needles, this usually occurs in people who use intravenous drugs and share needles.

What are the symptoms of Malaria?

This disease usually generates a series of quite noticeable symptoms or signs. So, if you have several of these, it is very likely that you have malaria:

How do you make the diagnosis?

The only way to make an effective diagnosis of this disease is through some blood tests. These allow health personnel to identify the parasite, its type and the general conditions of the affected person. Routine tests are:

How do you treat Malaria?

Treatment against the disease depends on several factors such as The age of the affected person. If the affected person is a woman and she is pregnant or breastfeeding. avoid harm to the fetus. The severity of the sick person's symptoms. The type of malaria the patient has.

Get the Best Medication for Malaria Online

You can order all types of medication online from Pharmacy Planet. Get the medication suitable for your condition using our website’s online consultation services. You only have to fill out a simple online prescription form and your medication will be delivered to your doorstep in just 2-3 business days.

Buying your medication from Pharmacy Planet does not only save your time and effort but it also saves your money as drugs on our website are available at a very reasonable price.