Tetralysal or Lymecycline is an antibacterial medication, well known for its action in treating acne and rosacea; problems that commonly ...

Tetralysal or Lymecycline is an antibacterial medication, well known for its action in treating acne and rosacea; problems that commonly appear in adolescence. The effectiveness of Tetralysal has been accepted for its fast action and its anti-inflammatory power, in addition, to being a mild medication with respect to the adverse reactions it produces. Tetralysal is the branded version of Lymecycline manufactured by Galderma, and Lymecycline is manufactured by Actavis. The recommended dose for acne treatment is 300 mg/day and the usual duration of treatment is 12 weeks. Tetralysal 300 mg capsules must be taken with an adequate amount of liquid. Concurrent intake of food, particularly milk, does not significantly alter the absorption of lymecycline. 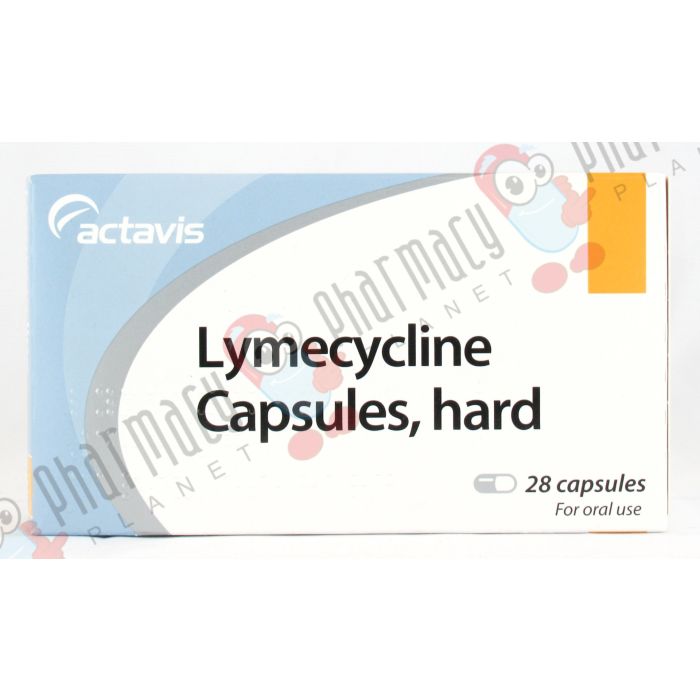 Tetralysal is an antibiotic: a medicine against bacterial infections. The active substance, lymecycline, belongs to the group of tetracyclines responsible to treating a wide variety of infections such as acne. Tetralysal is rapidly absorbed into the body and reaches the infected tissue through the blood. This medication is only sold by prescription and should be used in accordance with the directions given by our registered pharmacists.

The mechanism of action of Tetralysal is thanks to its main active ingredient, Limecycline, it reduces acne vulgaris lesions that have not been fully elucidated. However, as with all tetracyclines, the effect appears to be in part due to the antibacterial activity of the drug. After oral administration, these antibiotics inhibit the growth of susceptible organisms (mainly Propionibacterium acnes) on the skin surface and reduce the concentration of free fatty acids in sebum. This reduction of free fatty acids in sebum may be an indirect result of the inhibition of lipase-producing organisms that convert triglycerides to free fatty acids, or it may be a direct result of interference with lipase production in these organisms. Free fatty acids are comedogenic and are believed to be a possible cause of inflammatory reactions, for example, pustules, papules, nodules, acne cysts. However, other mechanisms also seem to be involved, because the clinical improvement of acne vulgaris with oral therapy with tetracyclines does not necessarily correspond to a reduction in the bacterial flora of the skin or a decrease in the content of sebum-free fatty acids. Tetracyclines such as lymecycline provide bacteriostatic action and their mechanism of action is based on the inhibition of ribosomal protein synthesis. Tetracyclines block the entry of tRNA-aminoacyl to the ribosomal-mRNA complex by binding to the 30S subunit of the ribosome, ultimately preventing bacterial protein synthesis. When given at therapeutic concentrations, the toxic effect of tetracyclines is limited to bacterial cells.

Tetralysal uses include being indicated to relieve acne but is sometimes also prescribed for other types of infections. It works by attacking the bacteria responsible for the infection. The duration of treatment will depend on the severity of the symptoms.

Antibiotic treatment with Lymecycline or its branded alternative Tetralysal is mainly prescribed against infections of the skin (pimples with subcutaneous inflammation) or rosacea (red spots on the cheeks, forehead, nose or chin). Tetralysal can also be used to treat other conditions, such as respiratory or eye infections, sexually transmitted diseases, and cystitis.

Acne is an incredibly common skin disorder which is usually identified through clogged pores and pimples appearing anywhere on the face and chest to the back and scalp. Four out of five people between the ages of 12 to 24 have experienced acne of different severities at least once in their lives and is usually associated with teenagers. This doesn’t mean that acne will not affect anyone outside of these age ranges, in fact, 20% of acne cases occur in adults with women in their 30’s and later suffering from mild to moderate forms of acne.

Acne occurs when oily secretion from the skin’s sebaceous glands block various sizes of openings for hair follicles. Larger, clogged openings form blackheads, and smaller clogged pores form whiteheads. These can both become swollen and painful pimples or lumps on the surface of the skin.

Aside from blackheads and whiteheads, acne symptoms can be pimples, which are red sports above the skin, sore to the touch from inflammation. There are also cysts, which are thick spots beneath the skins surface created through build up of oil within the hair follicles.

Take the Tetralysal capsule before eating, with a large glass of water. You have to swallow it whole, without chewing or breaking it up. Never stop treatment early, even if symptoms such as pain, fever, or inflammation have disappeared. If you stop taking Tetralysal prematurely, it will not kill all bacteria, and the infection may come back. The doctor will indicate the duration of the treatment, which can vary from eight days to several weeks.

How long can you take Lymecycline for?

The recommended dose for acne treatment is 300 mg/day. The usual duration of treatment is 12 weeks. Tetralysal 300 mg capsules must be taken with an adequate amount of liquid. Concurrent intake of food, particularly milk, does not significantly alter the absorption of lymecycline.

Tetralysal side effects include dental dyschromia and/or dental enamel hypoplasia may appear if the product is administered to children under 8 years of age. Gastrointestinal discomfort (nausea, burning, and epigastric bloating, diarrhea, glossitis, enterocolitis). Hypersensitivity reactions (urticaria, rash, erythematous, pruritus, Quincke's edema). Photosensitivity reactions. Cases of hemolytic anemia, thrombocytopenia, neutropenia, eosinophilia, and other hematologic disorders have been reported with tetracycline therapy. With tetracycline therapy, extrarenal hyperazotemia associated with an antianabolic effect has been reported, which may be intensified by association with diuretics.

Caution should be exercised if the product is to be administered to patients with impaired liver or kidney function. An overdose could result in hepatotoxicity. Tetracyclines can cause photosensitivity reactions. Although very rare cases have been reported with Tetralysal, it is recommended to avoid direct exposure to sunlight and ultraviolet rays while following this treatment. Therapy should be discontinued if erythematous skin manifestations occur. The use of expired tetracyclines can lead to renal tubular acidosis, a condition that reverts rapidly when treatment is discontinued.

If Tetralysal is used simultaneously with oral retinoids, there is a risk of increasing intracranial pressure, therefore its joint use is contraindicated. Simultaneous administration of the preparation with iron and antacids, magnesium/aluminum hydroxides, and oxide hydroxides and calcium salts, may decrease the absorption of cyclins. Consequently, a minimum separation of 2 hours is required between both treatments. Laboratory Test Interference: Limecycline may cause false positives in urine glucose determinations. Also, it could interfere with the fluorometric measurements of catecholamines in urine, resulting in falsely increased values ​​(Hingerty's method). Co-administration of lymecycline with coumarin-type oral anticoagulants may cause an increased effect of the anticoagulant, with an increased risk of bleeding. Unlike other tetracyclines, the absorption of Tetralysal 300 mg is not significantly affected by the intake of moderate amounts of milk.

You can buy Tetralysal Capsules online through one of the UK’s leading online pharmacies, Pharmacy Planet. It's easy and convenient. You will need to fill out a short assessment and the item will be delivered directly to your door. If you want to buy acne and Rosacea medication online, use Pharmacy Planet, a UK pharmacy you can trust.