Naproxen is an NSAID: an anti-inflammatory pain reliever. It contains the active ingredient naproxen. Naproxen slows down the production of ...

Naproxen is an NSAID: an anti-inflammatory pain reliever. It contains the active ingredient naproxen. Naproxen slows down the production of prostaglandins, a hormone-like substance that acts as a mediator of pain, fever, and inflammatory responses such as the swelling and redness caused by gout. 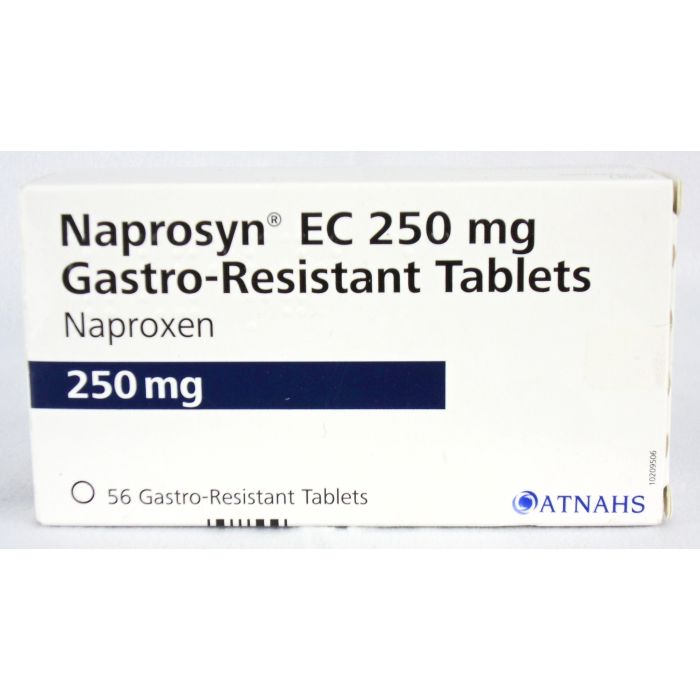 Configure Naproxen for Gout
OR

Naproxen is an NSAID: an anti-inflammatory pain reliever. It contains the active ingredient naproxen. Naproxen slows down the production of prostaglandins, a hormone-like substance that acts as a mediator of pain, fever, and inflammatory responses such as the swelling and redness caused by gout.

Due to its anti-inflammatory effect, Naproxen is often prescribed for the treatment of the symptoms of an acute attack of gout. While Naproxen does not treat the causes of gout it helps to relieve the often-painful symptoms associated with the condition.

Exactly follow your doctor's Naproxen administration instructions. Ask your doctor or pharmacist if you have doubts.

Acute gout: An initial dose of one and a half tablets (750 mg) is recommended, followed after 8 hours by one tablet (500 mg), and then continue with half a tablet (250 mg) every 8 hours until the attack subsides.

Special dosage: In the elderly or in patients with heart, liver, or kidney disorders, the dose should be reduced.

Naproxen is administered orally. Swallow the tablets with a sufficient amount of liquid, a glass of water, or another liquid. It is advisable to take the product during meals.

The side effects that may occur during treatment with this medicine, and which have been observed with a very rare frequency (in less than 1 in 10,000 patients) are:

Palpitations, congestive heart failure (inability of the heart to perform its pumping function), hypertension (high blood pressure). Medications, such as naproxen sodium, may be associated with a moderately increased risk of heart attack ("myocardial infarction") or stroke.

Edema (fluid retention) and vasculitis (inflammation of blood vessels) have also been observed in association with treatments with naproxen sodium tablets.

Hepatitis (inflammation of the liver), jaundice (yellow discoloration of the skin). Medicines such as naproxen sodium may, in rare cases, be associated with liver damage.

Hypercalcemia (increased concentration of calcium in the blood).

Blood in the urine, interstitial nephritis (kidney inflammation with yellowish-brown discoloration), nephrotic syndrome, renopathy (kidney disease), kidney failure, renal papillary necrosis (death of cells that make up the papillae of the kidney due to impaired metabolism).

You can buy Naproxen Tablets online through one of the UK’s leading online pharmacies, Pharmacy Planet. It's easy and convenient. You will need to fill out a short assessment and the item will be delivered directly to your door. If you want to buy this anti-inflammatory drug online, use Pharmacy Planet, a UK pharmacy you can trust.