These medicinal tablets contain the active substance labetalol, which belongs to a group of medicines called alpha and beta-blockers, which ...

These medicinal tablets contain the active substance labetalol, which belongs to a group of medicines called alpha and beta-blockers, which relax and dilate blood vessels, lower blood pressure and reduce the work of the heart. This medicine is indicated for the treatment of a strong increase in blood pressure (severe hypertension) so that it returns to normal in cases of emergency values. The administration will take place orally. The tablets should be taken with a sufficient quantity of liquid (a glass of water). 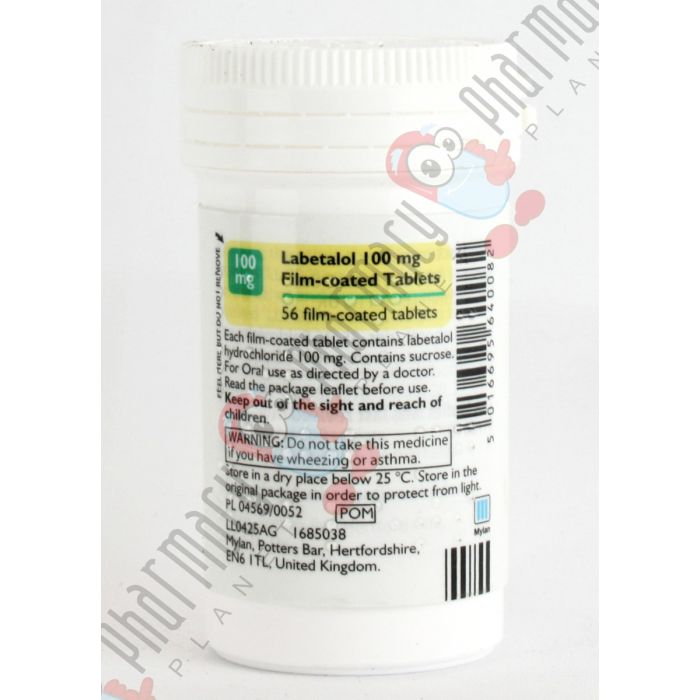 These medicinal tablets contain the active substance labetalol, which belongs to a group of medicines called alpha and beta-blockers, which relax and dilate blood vessels, lower blood pressure and reduce the work of the heart.

What are Labetalol tablets?

Labetalol is an antihypertensive (blood pressure-lowering agent) known as a beta-blocker. This medication reduces the workload on the heart and helps it beat more regularly. Labetalol lowers blood pressure in different ways. High blood pressure values can damage the kidneys and can cause a stroke or heart failure.

This high blood pressure medication acts on the cardiovascular system with the special characteristic of simultaneously inhibiting alpha and beta-adrenergic receptors in a physiologically balanced proportion.

Due to the blockage that this medicine exerts on both adrenergic receptors, the following occurs:

This reduces the risk of side effects that other preparations have due to their own alpha or beta-blocking action.

These blood pressure tablets belong to the group of medicines called alpha- and beta-blockers. Labetalol is indicated in the treatment of:

Labetalol does not exert a detrimental action on kidney function and is particularly suitable for use in hypertensive patients with kidney dysfunction.

The administration will take place orally. The tablets should be taken with a sufficient quantity of liquid (a glass of water).

Your doctor will indicate the duration of treatment with Labetalol tablets.

Treatment should be started with 100 mg twice daily. If necessary, this dose can be administered progressively and increased by 100 mg, twice a day, every 2-14 days. The blood pressure of many patients is controlled with 200 mg twice a day and up to 400 mg twice a day can be given. Up to 2,400 mg/day have been given in severe refractory hypertension, divided into 3 or 4 doses.

An initial dose of 50 mg twice a day is recommended. Lower maintenance doses than required for young patients can successfully control blood pressure.

If necessary, the initial dose of 100 mg twice daily may be increased at weekly intervals.

Like all medicines, this high blood pressure medicine can have side effects, although not everyone gets them.

Most of the side effects are transient and happen during the first weeks of treatment. They include headache, tiredness, dizziness, depression and lethargy, nasal congestion, sweating, and rarely malleolar edema.

Postural hypotension is rare except at very high doses or if they increase too rapidly.

At the beginning of the treatment, a temporarily transient tingling sensation in the scalp may occur in some patients.

Tremors have been described in the treatment of hypertension of pregnancy. Acute urine retention, difficulty urinating, ejaculatory failure, epigastric pain, nausea, and vomiting have also been described.

Positive antinuclear antibodies not associated with the disease have rarely appeared, as well as rare cases of systemic lupus erythematosus and, very rarely, drug fever.

Very rarely, cases of toxic myopathy have been described.

Among the rare cases of hypersensitivity: rash, itching, angioedema, and dyspnea. A reversible lichenoid rash has rarely occurred.

There have been rare cases of elevated liver function tests, jaundice (both hepatocellular and cholestatic), and hepatitis and liver necrosis. These signs and symptoms are generally reversible upon discontinuation of treatment.

Blurred vision, eye irritation, and cramps have been described, although they were not necessarily associated with Labetalol.

Some cases of bradycardia and heart block have been described.

Skin rashes and/or dry eyes have been described associated with the use of beta-adrenoreceptor blocking drugs. The incidence is small and, in most cases, symptoms disappeared with discontinuation of treatment. A gradual withdrawal of the drug should be considered if such a reaction is not otherwise explainable.

Rarely, generally reversible, severe hepatocellular injury has been reported during short and long-term therapy with labetalol. The necessary analytical tests should be carried out at the first sign or symptom of liver dysfunction. If there is analytical evidence of liver injury or if the patient is jaundiced, labetalol should be permanently discontinued.

You can buy these blood pressure tablets online through one of the UK’s leading online pharmacies, Pharmacy Planet. It's easy and convenient. You will need to fill out a short assessment and the item will be delivered directly to your door. If you want to buy Labetalol tablets online, use Pharmacy Planet, a UK pharmacy you can trust.