Plavix Clopidogrel is used to lower your risk of having a stroke, blood clot, or serious heart problems after having ... 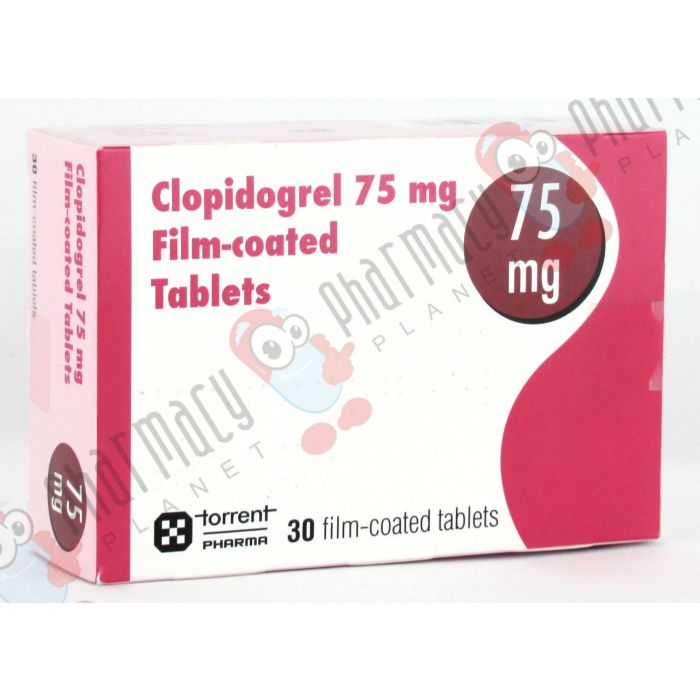 What is Plavix Clopidogrel?

Plavix contains clopidogrel and belongs to a group of medicines called platelet anti aggregates. Platelets are very small cells found in the blood, and they aggregate when the blood clots. Antiplatelet medications by preventing such aggregation, reduce the chance of blood clots (a process called thrombosis). Plavix is ​​given in adults to prevent blood clots (thrombi) from forming in hardened blood vessels (arteries), a process known as atherothrombosis, and which can cause atherothrombotic effects (such as stroke, heart attack, or death).

Because the active metabolite is formed by CYP450 enzymes, some of which are polymorphic or subject to inhibition by other medications, not all patients would have adequate platelet inhibition.

Plavix has been prescribed to help prevent blood clots from forming and to reduce the risk of these serious events since:

The recommended dose, even for patients with a condition called "atrial fibrillation" (an irregular heartbeat), is one Plavix 75 mg tablet daily, taken orally with or without food, and at the same time each day.

If you have suffered from severe chest pain (unstable angina or heart attack), your doctor may prescribe Plavix 300 mg (1 tablet of 300 mg or 4 tablets of 75 mg) take only once at the start of treatment. Thereafter, the recommended dose is one Plavix 75 mg tablet daily as described above.

You will need to take Plavix for as long as your doctor continues to prescribe it.

Like all medicines, this angina medication can have side effects, although not everyone gets them.

Fever, signs of infection, or extreme tiredness. These symptoms may be due to a rare drop in some blood cells.

Signs of liver problems, such as yellowing of the skin and/or eyes (jaundice), whether or not associated with bleeding that appears under the skin as red dots and/or confusion.

Swelling of the mouth or skin disorders such as rashes and itching, blisters on the skin. These can be signs of an allergic reaction.

The most common side effect reported with Plavix is ​​bleeding. Bleeding may appear in the stomach or intestine, bruises, bruises (abnormal bleeding or bruising under the skin), nosebleeds, blood in the urine. A small number of cases have also been reported of: bleeding from blood vessels in the eyes, intracranial, pulmonary, or joint bleeding.

If you experience prolonged bleeding while taking Plavix

If you cut or injure yourself, it may take longer than usual for bleeding to stop. This is related to the medicine's mechanism of action since it prevents the blood's ability to form clots. For minor cuts or wounds, such as cutting during shaving, this is usually not important. However, if you are concerned about your bleeding, see your doctor immediately.

Other adverse effects include:

Common Clopidogrel side effects (may affect up to 1 in 10 people):

Uncommon Clopidogrel side effects (may affect up to 1 in 100 people):

Vertigo, increase in breasts in males.

You can buy clopidogrel tablets online through one of the UK’s leading online pharmacies, Pharmacy Planet. It's easy and convenient. You will need to fill out a short assessment and the item will be delivered directly to your door. If you want to buy these heart tablets online, use Pharmacy Planet, a UK pharmacy you can trust.